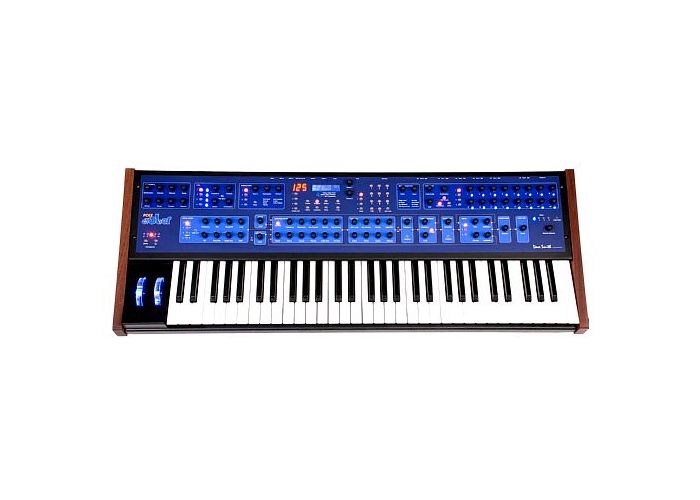 Out of Stock
€2,175.50 €2,290.00 -5%
Tax included
The Poly Evolver Keyboard is DSI's flagship synthesizer, a nearly-knob-per-function knockout that sounds unlike any other synth out there—except another Evolver,...

The Poly Evolver Keyboard is DSI's flagship synthesizer, a nearly-knob-per-function knockout that sounds unlike any other synth out there—except another Evolver, of course! Don't like a high-end hardware synth that requires wading through endless menus to program? Not an issue with the Poly Evolver's 78 knobs—60 of them potentiometers—and 58 buttons, incuding a keypad for direct access of programs.

An analog/digital hybrid, the four-voice Poly Evolver features four oscillators per voice—two analog and two digital—in a unique stereo voice architecture with a real Curtis analog low-pass filter per channel. The digital processing does not simply add effects at the end of the signal chain, but is tightly integrated with the analog electronics for tuned feedback, distortion, bit crushing, and synced delays. It can also process external audio and has separate stereo outputs for each voice.

The Poly Evolver is capable of producing sounds ranging from classic analog to more brash and edgy digital sounds. It is also multitimbral, with the ability to play up to four parts simultaneously through separate stereo outputs. And it can process external audio.

The Poly Evolver is not a generic "slab" workstation. If you're looking for realistic pianos and strings, keep looking. But if you want a truly unique, inspirational, real instrument, look no further.